Find me on:
LinkedIn Twitter
Data and automation are driving innovation.

The conventional wisdom has it that American manufacturing is beginning to die. Plant closings, mass layoffs, and rusting industrial cities are now supposed to characterize that portion of our economy. When you look at the actual data, however, this grim picture shows anything but the truth. 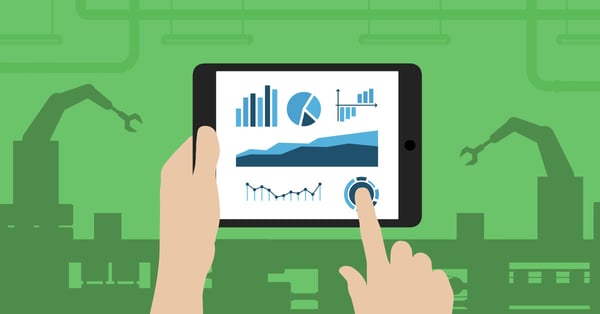 In fact, American manufacturing has grown enormously since the end of the last recession, reaching a 13-year high in 2017. American factories still produce almost 20% of the world’s goods – and we’re still the largest industrial producer on Earth, with China remaining a close second.

With that said, there is a real crisis in American manufacturing – but it isn’t a lack of growth. Rather, it’s a lack of manpower. The required skills and experience for a technical manufacturing position have changed dramatically over the last few years, which has contributed to a serious problem in the manufacturing sector, namely:

Manufacturers have a problem – namely too many jobs, and not enough people to fill them. The components of this problem are threefold:

Over the next few years, the manufacturing sector will lose a huge number of jobs due to retirement. In the meantime, there’s a shortage of people to fill the gap. Candidates with the advanced math, engineering, and computer science skills that manufacturers need today simply don’t consider the field as an attractive option.

Unfortunately, it doesn’t look like time and demographics will solve these problems on their own.

It’s Time to Double Down on Automation

Manufacturing is already heavily dependent on automation. Robots began handling small-scale automated manufacturing tasks in the 1960s, took over auto manufacturing in the 1980’s, and have now invaded every aspect of the manufacturing sector. As such, the manufacturing industry isn’t really missing its manual laborers. Rather, it’s missing two kinds of jobs – maintainers who keep the capital equipment up and running, and innovators who design and implement more and better robots.

As it turns out, both job categories can be improved by automation.

First, let’s talk about maintenance. Robots are extremely productive – until they break. If they break in the middle of a critical production run, that means you might not make a customer deadline.

In this case, automating maintenance doesn’t necessarily mean replacing your technicians with yet more robots – rather it means automating inspection and data analysis. Using networked sensors and IoT to detect patterns such as anomalous vibrations in your equipment allows operators to catch minor failures that would cascade into unscheduled downtime. Sometimes, these failures are so minuscule that they escape human notice – this kind of predictive maintenance is ideally suited for machines.

By the same token, you can’t replace the innovators who design your robots, but you can augment them as well. For example, this kind of design work often requires the efforts of a data scientist, but you’d be surprised at how much manual and repetitive labor is involved in that job. You can’t simply take data out of a database and use it to draw conclusions. Much of the time, the database format is incompatible with a given analytics tool. Your scientist would have to manually extract this data from the database, convert it, check for errors, and only then begin to draw meaningful conclusions.

Automation, however, can accomplish this detailed preparation in moments.

Work with KiZAN to Start Automating Your Business

The most important thing about automation is that adopting it doesn’t mean you have to lay off your workers. Rather, it lets you get more done using the same worker base you already have. In other words, you won’t have to hire more workers – automation will simply let them accomplish more work.

When you work with KiZAN, our manufacturing consulting services will allow you to achieve your business ambitions. We’ll help you explore areas suitable for automation and ways to analyze your data for maximum benefit.