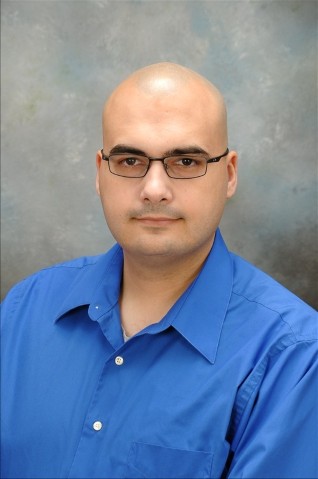 Pokémon GO has become a surprisingly (even for those who were watching it closely) successful game, or at the very least a very successful social experiment. It has firmly established the allure of an augmented reality game that leverages a known IP or major franchise. It has shown that people are willing to go to great lengths to play a game, and it has created an interesting cultural touchstone, especially for individuals who grew up during the original popularity of the franchise.

As someone who was in middle school when the franchise dropped in America (and had already been playing the games in their original Japanese version, #nerdcred) I was interested in giving it a whirl with some friends. Even people who were very into or aware of the franchise became interested, wanting to see what the big deal was.

So my wife, two friends, and our daughter (strapped along for the ride in a baby carrier) went out to explore sites and catch Pokémon in the greater Cincinnati region.

The experience was fun, and we made a lot of great memories collaborating with other people we stumbled across – to the point that we had 30-40 people working together in Yates Cove on Sunday. I can see it being a pleasant social activity to do with friends, as well as something to do while traveling to get an understanding of the area.

"I couldn't help but look back at the experience, and identifying elements that tied to another passion of mine, service management."

There were several service management lessons learned or lessons proved for us, in how we went about collaborating, planning, and reacting to changes in our mission; and in the same way, there are some considerations that Niantic and The Pokémon Company should consider moving forward with the solution.

Service Management for the Trainer on the GO
Let's start off with what we learned and what we proved out in the field.


Common Tactical Goals are Key to Collaboration
How do you get 30 strangers to collaborating around the same, specific goal, in less than 3 minutes, with no one knowing anything about each other?

If you are a part of a large organization, you know that more people don't always mean work gets done quicker or work gets done more efficiently. Often, it means work doesn't get done, as endless meetings and discussions happen, to get everyone on the same page.

When we were working with other people, though, we found it amazingly easy to just get on the same page and help each other out. The reason for that is that we all had the same common tactical goal. Everyone was looking for Pokémon, sure, but also people were looking for very specific Pokémon – and it overlapped. So when somebody called out to the group that they needed something, those that had the information (check under this tree, go under the overpass, go to this landmark) would respond quickly and efficiently. Those who were also hunting it would volunteer their information, and then team-ups would happen fairly quickly.

Ultimately, starting off with the assumption that we either have the same common goal, or we understand each other's common goal, was helpful for communication. And it was only possible because it was a very tactical objective, and could be shared by multiple people very quickly.

Thinking about how, say, a Service Desk works – how does your Service Desk collaborate around improving the customer experience? That is a broad topic, and everyone might have a difference experience.

If you set a more common tactical goal of "First Call Resolution," you could see how a Service Desk might collaborate around it – asking people not on a call for advice, for a quick answer, better-using wiki articles to drive the resolution, sharing tips and tricks during downtime.

Small shared goals are powerful, and let people communicate a lot faster than digesting the big picture every time. 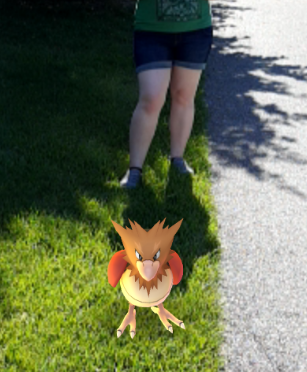 Competing Definitions of Success Won't Get You Anywhere
When we first started out, we had some different goals. I needed to visit the supply depot points to restock on some essentials; some of us wanted to catch individual Pokémon found in the region, and one of us was focused on scouting out the competition at the local gyms.

The initial period of collaboration was a tangled mess. It was fun, but we were not efficient. We were getting pulled this way and that, with no one accomplishing their objectives.

The same tends to be true in any organization. If success is defined differently for different groups or individuals, collaboration becomes almost impossible.


The Three Things That Got Us Out of the Rut
First, we identified what we wanted to go and do once the individual goals were completed. We had our eye on a rare Pokémon that most of us wanted multiple copies of.

With that in mind, our second step was to do any preparation needed. We effectively split up for me to dash around collecting the supplies I needed. My friend scouted the gyms and decided a lot of them he could do later on his own time, and that collaboration goals were the most important now.

Lastly, we dedicated ourselves to the hunt but kept ourselves open to change. While hunting, we changed what Pokémon we were targeting, but it was a group decision. If we found that there were different goals, we would split up briefly.

Instead of having different agendas, we would break into teams or request that someone put their agenda aside temporarily for the greater good.

You can find the same issues in any organization. If there are separate definitions of success, it can be almost impossible to succeed as a team. We have to bind ourselves to a common definition, but if that is impossible because of business realities ("I can't catch Pokémon without any Pokéballs" or "I can't support your new applications if I don't take care of my ticket backlog") then that needs to be acknowledged and plans made to manage it before reuniting around the new success criteria.


Continuity Planning is Important
Ultimately our phones wore out before our legs did. The app this game runs on it's a battery hog and 4 hours of constant GPS and data use brought even the most capable smartphone to its knees.

Although this could have stopped our adventure we had prepared in advance. We had several portable, fast chargers, we had enough charge cables for everyone, and we had fast car chargers that would let us refuel while going from place to place.

This little bit of planning (along with bringing water, sports drinks, sunscreen, and so on) made a huge difference in our ability to keep working, even as we faced challenges to our goals.

A clear continuity plan with steps taken to make sure the recovery is possible is vital to keep an organization hitting its goals.

PaaS (Pokémon as a Service)
Now, let's explore some recommendations or lessons learned that I think the game's creators should be aware of.


Scalability is Important
Despite the fun of the game, it was plagued by performance issues in some areas. The cause might not be known, but from what I have observed in the news, it might be that demand far outstripped what they expected.

In this day and age, though, scalable infrastructure should be the first thing on a service provider's mind. The ability to burst over to cloud solutions for server creation, calculations, or almost any other type of infrastructure need should be considered and used.

Now, perhaps the cost involved in implementing it for this wasn't feasible, and the investment made was locked in. But the first two weeks of an online game are its health check and the fewer problems you have then, the easier your user adoption is.

More adoption, in turn, means a larger community, which means more people being brought in by friends, family, and coworkers.

If you aren't sure of your user base, having a plan to scale can improve your customer service.

Communicate Your Use Scenarios
We wasted probably about two hours on dead end explorations; that really shouldn't have been something that happened, based off of what we knew of the game. The game's creators had advertised that the remoteness of a location influenced its Pokémon available and that for the best stuff, we should go to out of the way places. Also, parks and other natural areas were going to be great spots to catch. 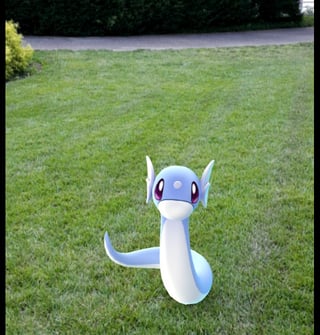 So we went to some local parks and went on the walking trails and got nothing.
What we found is that the spawning occurred around places where people are congregating. I should note this is just a theory, but all our tests and troubleshooting appeared to prove it out.

The playground in a park, for example, or a monument in an urban center such as Fountain Square. The game is incentivizing coming together, not spreading apart, so looking in unpopulated and isolated areas isn't as successful.

"Communication is important and can lead to less frustration"

Empower without Dictating
Empowering without dictating is something that the game does well, and is a lesson learned that I think they should make sure they build on. At the same time, I think most IT organizations don't do this so it can be a great lesson for us.

In the field. We found many different groups were using very different tactics for what they were doing, and it worked out for everyone. Some people used highly focused methods similar to what is used to search for missing campers; some went as a group, with one person tracking and the rest talking and preserving their battery life; some just ran around, making up for a lack of a plan with exuberance and delight. All of these worked out for the people using them.

Ultimately, the different tactics that we might use were our ways of interacting with the service, of completing our personal goals through the tools provided. There was not just one way of doing the work – we were empowered to make the game our own. And that increased the value we saw in these activities because they were a reflection of ourselves.

IT organizations tend to fail in this area. Honestly, a lot of business organizations fail at that, building prescriptive processes that push individuality out. And it's easy to understand why, since process scales and individually doesn't.

But the real lesson here is to provide more empowerment for people who are passionate about the common goals they are trying to achieve.


In Conclusion
While just a game, Pokémon GO drives home what a successful service can be like. As a service provider, you need to have a common definition of success for all team members, clear and agreed on tactical goals, and plans for how to work in any condition.

When considering your service, you want to discover how to scale to meet demand, how you are expecting people to use your service, and empower them in using it without taking away their individuality. It sounds simple once you state it like that, but getting out into the "field" and seeing these lessons in action made for an exciting, if exhausting, weekend!